There are always news about how many betrothal gifts a man has to prepare to get a bride in China. In fact, this is not only happened in China, many less developed countries also have the same problem. Though the marriage is about two families but only two people in love, but I can't agree that the groom have to paid overload to the bride's family to get marry.

The betrothal gifts in the old time of China were given to the parents in law by the groom to thank them for having been taking care the bride, and after being marry, the bride would have very few chances to come back to see them. So the betrothal gift was also called “bride price”. But this is not suitable for today’s situation. The young couple will always visit the parents and support them, it is unfair for the man to pay much money to the parents in law anymore.

On the other hand, the bride’s parents requirement too much bride price would rise the conflict between two families and then hurt feelings of the young couple. The marriage would come to a crisis.

Two people get marry should be based on love, not doing business. They have their own life to go on, the parents should give them the best blessings, not obstacles. The sound betrothal gifts and enough love, the marriage will have a wonderful start.

In recent years, the problem of academic fraud has become increasingly serious on university campuses and more and more people voice growing concern over it.

Such a phenomenon has brought many unfavorable consequences. To begin with, there is no doubt that it has blocked the country's scientific development. Second, the confession of some reputable professors that they have plagiarized others works seriously undermines the public trust in intellectual integrity. Last but not least, scholars lacking in professional integrity exert a bad influence on young students, who followed the trend instead of pursuing innovation.

It is more than necessary that all the relevant departments join in the efforts to fight against this notorious phenomenon. As to the administrations concerned, it is high time for them to take effective measures to curb the misconduct and encourage creativity in academic field. More over, it is crucial for the government to oversee the work of researchers. Only when every member of the society realizes the harm brought by academic dishonesty can we put an end to the abominable practice.

As is vividly depicted by the drawing above, the job-hunting girl refuses a service post without any hesitation, complaining that she will never take a job of serving others. At the same time she is wondering why finding a promising job is so difficult in modern society.

This phenomenon can easily be found anywhere in our daily life, especially on campus. On the one hand, many job-seekers are reluctant to take jobs that they consider to be humble and trivial, because they have great ambitions and they only want to ride on the peak of success. On the other hand, wanting to gain more but pay less, both the jobless and graduating students aspire to seek a job that is well-paid, relaxed and comfortable. We should not look down upon service industry, the third industry, because it does provide us with many employment opportunities and positions.

Therefore, it is high time that we took effective measures to improve the current situation. For one thing, an education campaign should be launched to popularize the idea that "the longest journey starts with a single step" and to cultivate a down-to-earth attitude toward life. For another, the tendency of being lazy must be eradicated from the mind of the young. Only in this way can people realize their value of life better and can unemployment rate be reduced and thus can social harmony be achieved.

Here is a picture, interesting but with profound implication. As is vividly depicted in the photo, two men are running away from the computer screen, which successfully captures our eyes. After a close watch, it is not difficult to find that they are frightened away by the internet rumor. Apparently, what the drawing has subtly conveyed is supposed to be given further analysis.

A conclusion could be drawn from the picture: internet is likely to produce negative effect to our life. And my words are based upon the following two reasons. On the top of the list is that the lack of legal penalty may lead to the state of this phenomenon. In addition, there is the other point that no one can ignore. It is universally admitted that internet is a virtual world, and people in it are more likely to do something illegal and cruel.

According to the analysis above, it is advisable for us to take steps to reverse this evil trend. Of all the steps, mass media may play a major role in solving this problem.

If given the choice, a great many people would change at least one aspect of their appearance. As is depicted in the drawing, a young lady is requesting a doctor to give her a straighter nose, bigger lips, smaller chin, slimmer figure, and so on. One option that has gained tremendous popularity in recent decades is plastic surgery, the branch of surgery dealing with therapeutic or cosmetic reformation of body issue.

Firstly, one's appearance is the God's blessing, and has been one part of our body. After breast enlargement surgery, many women look sexier than before. However, many of them are found mammary gland disease. The more serious effect is that they risk being unable to breast feed. Secondly, the advocating for such a practice will mislead people in the judgment of beauty. The concept of beauty is quite rich in its content. It should include many virtues like honesty, diligence, and so on, which should be the real mainstream of our spiritual life. The practice and some contests about man-made beauty will confuse those who are to develop correct concept of beauty.

Concerning the above possible harms the practice may bring about, we are strongly against it and advocate seeking true and natural beauty. Besides, people, especially women, should lay more attention on the cultivation of their inner hearts. The inner beauty outweighs the outside beauty in the long run. 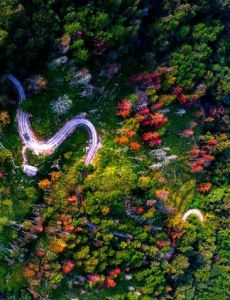